Listed below are homes for sale in Whitetail Ridge, a neighborhood located in North Madison, WI. Listings are updated multiple times a day from the SCWMLS.

For more information about any of these Whitetail Ridge homes for sale, just click the "Request More Information" button when viewing the details of a property. We can provide you with disclosures, past sales history, dates and prices of homes recently sold nearby in Madison, and more.

And, for your convenience, register for a free account to automatically receive email alerts whenever new Whitetail Ridge listings come on the market that match your search criteria.

City limits to the north; Packers Avenue to the east; Pond Street and Mayfield Lanes to the south; and North Sherman Avenue to the west.

$574,900
45
223 N Baldwin St
Madison, WI 53703
3
Beds
3
Baths
2,263
Sq.Ft.
Spencer Real Estate Group
Copyright 2022 South Central Wisconsin MLS Corporation. All rights reserved. IDX information is provided exclusively for consumers' personal, non-commercial use and may not be used for any purpose other than to identify perspective properties consumers may be interested in purchasing. This information, provided by seller, listing broker, and other parties, may not have been verified.

Whitetail Ridge is one of Madison’s newest north side neighborhoods. Its close proximity to schools and parks have made it a fast favorite among young families. Whitetail Ridge Park, located between Anhalt Drive and the northern neighborhood border, is a hub of community activity with basketball courts, soccer fields, open spaces and a playground area for younger children. Pedestrian paths extend through Whitetail Ridge and make walking to parks, eateries and stores a breeze. That’s no mistake, either. City officials launched a massive rejuvenation effort that brought sweeping improvements to Sherman Avenue, which runs along Whitetail Ridge’s western boundary, and Northport Drive, located a few blocks west of the neighborhood, and Packers Avenue, which runs along Whitetail Ridge’s eastern boundary. What does that mean for residents? Better connectivity through a series of pedestrian paths, wider sidewalks, new bike lanes and aesthetic features like landscaping, artwork and attractive bus stops. Whitetail Ridge has been at the epicenter of efforts to rejuvenate the north side, and that will continue well into the future. The city plans to encourage redevelopment of commercial areas and underused properties on the north side to ensure a bright future is in store. 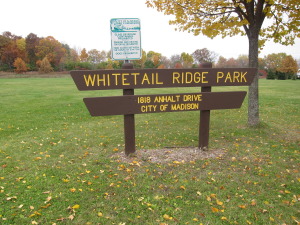 Developed in the early 1990s, Whitetail Ridge is among the north side’s most modern neighborhoods. Many of the homes in the neighborhood feature two-car garages and modern architectural inspiration. A rural appeal permeates throughout Whitetail Ridge with farmland and forested areas crowding the southern, eastern and northern borders. The neighborhood’s suburban-inspired design adds to its rural charm as well. Homes are arranged on no-through streets, which cut down on neighborhood traffic and make walking and biking safe. That’s good news because Gompers Elementary School and Blackhawk Middle School are both a short walk east of the neighborhood. That’s made it a popular place for young families with young children regularly living in more than half of the households. A small pocket of multi-family dwellings is tucked behind a grove of trees along the eastern border, otherwise Whitetail Ridge is comprised exclusively of single-family homes. 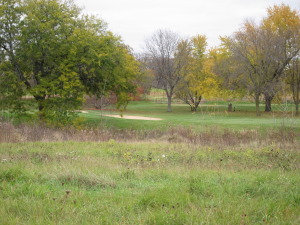 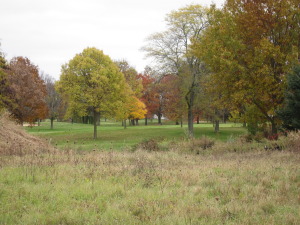 The Whitetail Ridge neighborhood is located on the North Side of Madison in MLS area Madison – E03.  Below are more homes for sale in that area.

$524,900
53
1505 Comanche Glen
Madison, WI 53704
Cherokee
4
Beds
2F11/2
Baths
2,641
Sq.Ft.
Bunbury & Assoc, Realtors
Copyright 2022 South Central Wisconsin MLS Corporation. All rights reserved. IDX information is provided exclusively for consumers' personal, non-commercial use and may not be used for any purpose other than to identify perspective properties consumers may be interested in purchasing. This information, provided by seller, listing broker, and other parties, may not have been verified.
Interactive Map Search Madison Market Stats

You Need High-Quality Photos and Video Tours When Selling Your Home
The real estate market has shifted and you have to do more than just have a home for sale to get it sold. Sure, in 2020 and 2021, homes were "flying off the shelves" with so much demand many listings sold for above the asking price, but times have ...Read More
Where to Go for a Cozy Date in Madison This Winter
Yes, winter is almost here and Madison is about to get super cold and snowy. While this might not be your favorite time of year, it's the perfect time for a cozy date. Sometimes, when the cold comes in, you can get excited to get out the sweaters ...Read More