Listed below are homes for sale in Mendota Hills, a neighborhood located in North Madison, WI. Listings are updated multiple times a day from the SCWMLS.

For more information about any of these Mendota Hills homes for sale, just click the "Request More Information" button when viewing the details of a property. We can provide you with disclosures, past sales history, dates and prices of homes recently sold nearby in Madison, and more.

And, for your convenience, register for a free account to automatically receive email alerts whenever new Mendota Hills listings come on the market that match your search criteria.

Troy Drive to the north, Warner Park to the east and south; Chicago Northwestern Railroad to the west.

$524,900
6
1152 Reese Tr
Waunakee, WI 53597-123
Arboretum Village
5
Beds
3
Baths
2,647
Sq.Ft.
Sanoy Realty
Copyright 2023 South Central Wisconsin MLS Corporation. All rights reserved. IDX information is provided exclusively for consumers' personal, non-commercial use and may not be used for any purpose other than to identify perspective properties consumers may be interested in purchasing. This information, provided by seller, listing broker, and other parties, may not have been verified.

Affordable homes close to Lake Mendota and Warner Park make Mendota Hills a northside gem. The neighborhood covers less than 60 acres and is entirely residential. Mature trees tower above the residential streets, and a quiet, peaceful atmosphere in the neighborhood drifts in from Warner Park, which hugs Mendota Hills’ eastern and southern borders. Since 2000, the population has remained steady at about 360 neighbors. A sense of pride and ownerships resonates through that small group of neighbors with regular plant sales and neighborhood picnics held that provide a great way for the many young families in Mendota Hills to socialize. Efforts have also been made to beautify areas just outside Mendota Hills. A 10-year plan undertaken by the city in 2009 rejuvenated Northport Drive, which is just north of Mendota Hills, and Sherman Avenue and Packers Avenue to the east. The project aimed to brand the area as a northern gateway into the city with distinctive landscaping, signs and community artwork. It wasn’t all about aesthetics, however. Sidewalks were widened, pedestrian footpaths and pockets of green space were added, and new bike lanes make it easier to explore the area. 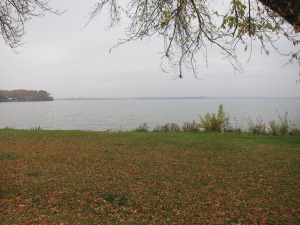 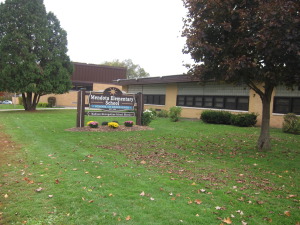 Scenic walks on Woodward Drive and the expansive trail system at Warner Park are some of the neighbors’ favorite ways to pass the time. The Madison Mallards semi-professional baseball team also calls Warner Park home with its legendary “Duck Pond” baseball diamond located there. Mendota Middle School is just north of Troy Drive, and the Lakeview Branch of the Madison Public Library System is across from Warner Park. Downtown Madison is about five miles south of Mendota Hills, and Sun Prairie is about 10 miles north. In between, neighbors enjoy the popular East Washington Avenue commercial corridor and East Towne Mall, which is about five miles east of Mendota Hills. 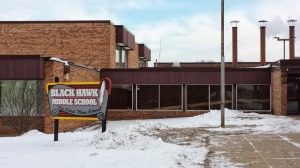 For information about finding a home in the Mendota Hills neighborhood or to sell your Mendota Hills home, contact our team for a better real estate experience.

The Mendota Hills neighborhood is located on the North Side of Madison in MLS area Madison – E03.  Below are more homes for sale in that area.

$244,900
49
1414 Wheeler Rd #E
Madison, WI 53704
Cherokee Gardens
3
Beds
1F11/2
Baths
1,417
Sq.Ft.
Coldwell Banker Real Estate Group
Copyright 2023 South Central Wisconsin MLS Corporation. All rights reserved. IDX information is provided exclusively for consumers' personal, non-commercial use and may not be used for any purpose other than to identify perspective properties consumers may be interested in purchasing. This information, provided by seller, listing broker, and other parties, may not have been verified.
Interactive Map Search Madison Market Stats