Listed below are homes for sale in Greentree, a neighborhood located in Southwest Madison, WI. Listings are updated multiple times a day from the SCWMLS.

For more information about any of these Greentree homes for sale, just click the "Request More Information" button when viewing the details of a property. We can provide you with disclosures, past sales history, dates and prices of homes recently sold nearby in Madison, and more.

And, for your convenience, register for a free account to automatically receive email alerts whenever new Greentree listings come on the market that match your search criteria.

Schroeder Road to the north, South Whitney Way to the east, Hammersley Road to the south, Saalsaa Road and Arden Lane to the west

$672,900
9326 Wilrich St
Middleton, WI 53562
Woodstone
3
Beds
2
Baths
1,890
Sq.Ft.
Mode Realty Network
Copyright 2023 South Central Wisconsin MLS Corporation. All rights reserved. IDX information is provided exclusively for consumers' personal, non-commercial use and may not be used for any purpose other than to identify perspective properties consumers may be interested in purchasing. This information, provided by seller, listing broker, and other parties, may not have been verified. 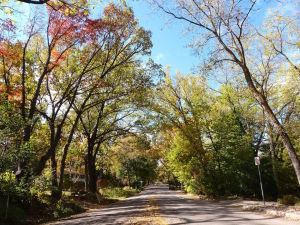 Greentree neighbors take a lot of pride in their community, and it shows. Look no further than landscaped neighborhood signs, greenways and well-manicured neighborhood parks for proof. The Greentree Garden Club works to beautify the neighborhood at every turn. It holds plant sales each spring and maintains the Hammersely Community Garden near Falk Elementary School. It’s no surprise that Greentree’s Annual Garden Tour draws visitors from around the city who quickly find that the neighborhood lives up to its name. Mature streets tower above the homes here and give Greentree a forest-like feel. There are plenty of opportunities for neighbors to engage throughout the year. Parades, potluck dinners and holiday parties are held regularly. The community also hosts “meet and eat dinners” catered by local vendors throughout the summer. Greentree neighbors have always been committed to building a stronger community and beautifying their little corner of Madison. 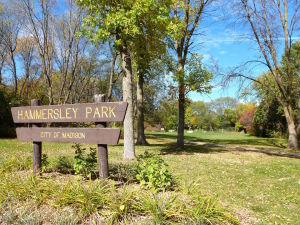 Single-family homes line the shaded streets of the Greentree neighborhood. Most of the homes were built here in the late 1960s and early 1970s. There are no commercial districts within the community. That reduces cross-traffic and makes the walk to the local parks and bike trails in the area more peaceful. Greentree shares a western boundary with Greentree Chapel Hills Park, and a portion of Greentree’s eastern border is shared with Orchard Ridge Valley Park. Greentree is regarded as a peaceful, quiet community with an abundance of nearby green space. 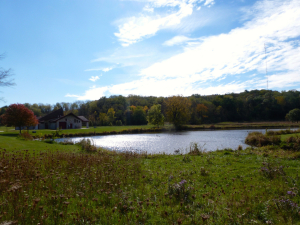 Greentree’s central location on Madison’s west side is among its greatest assets. It’s about seven miles from Downtown Madison, and about five miles from Middleton. Popular commercial districts on Madison’s west side are also nearby. Hilldale Mall is about four miles away, and West Towne Mall is less than two miles away. There’s plenty to do closer to home, too. The Madison Ice Arena is just north of Greentree, and Elver Park is directly west of the neighborhood. There, neighbors enjoy Madison’s premier sledding hill, an 18-hole frisbee golf course and basketball courts. Vitense Golfland, just north of Greentree, offers heated driving ranges and miniature golf. The Madison West Little League field is also a popular place for Greentree neighbors on warm summer evenings.

Where Will My Kids Attend School?

$279,900
27
3929 Maple Grove Dr
Madison, WI 53719
Mansions II
2
Beds
2F11/2
Baths
1,473
Sq.Ft.
Stark Company, Realtors
Copyright 2023 South Central Wisconsin MLS Corporation. All rights reserved. IDX information is provided exclusively for consumers' personal, non-commercial use and may not be used for any purpose other than to identify perspective properties consumers may be interested in purchasing. This information, provided by seller, listing broker, and other parties, may not have been verified.
Interactive Map Search Madison Market Stats